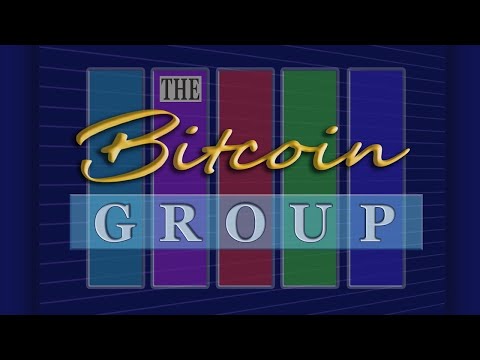 I own a certain amount of cryptocurrency and I buy new currencies very rarely.
I am not a trader and therefore I have not registered on real exchanges. ~Anonymous instant exchangers were enough for me.
And a few days ago I went to ChangeNow.io and sent them 100 BCH. They had to send me 11 bitcoins. (You may think it is crazy.... Maybe yes.)
But time passes and I see a message that my transaction seems suspicious and they demand to provide documents and information about funds origin.
I began to write to them that I was not going to send them anything and demanded that they simply return 100 BCH back. They refused me and continued to demand documents and information about the origin of the funds.
I got tired of all this and took the first picture from google.images (with someone's passport). Why did I do this? Because I did not take this bucket shop seriously. This is not a company - they have no address, no phone, they do not even have a real company name. I'm sure it's just a few people working from home. I did not want to say anything about myself, because I did not break anything. But I still explained about the purity of my BCH and it was perfectly visible from the very beginning:
That is, I have owned this funds for 5 years. This funds are absolutely clean. They agreed with this but then they demanded to make a selfie with my passport and piece of paper (ChangeNow + Date). I began to argue with them, demanding to return BCH back, because they are clean and they themselves know it.
As a result, I had no choice but to make a photo of real passport and make a selfie with a passport and a piece of paper. I sent it to them and said that the previous photo was sent accidentally due to ignorance and misunderstanding of the seriousness of the situation.
Now they say that due to the fact that I deceived them they will now check my photos with regulating authorities.
Do you understand all this madness? They know perfectly well that I am the owner of absolutely clean BCH and they do not return them back. I do not demand them to make an exchange. I just demand to return this BCH back to the legal wallet.
This is not their property. Why do they hold them? I gave them everything and they now tell me that they will check my documents through regulating authorities (indefinitely - no time limits, no guarantees, nothing).
Who are they to hold my property? They are thieves. And I repeat, this is not a bank, and it's not a real exchange like Binance or CoinBase, which is responsible for his work and controlled by the state. These guys - are nobody and nobody knows who are they and it is absolutely unclear for what purpose they find out the identity of the owner of such a large amount of cryptocurrency.
I will provide proof of this to any moderator (if necessary)

They still have not returned my funds. I remind you I sent all the photos they needed 9 days ago. They say that they are conducting an investigation. They themselves say that they do not know how long it will take. In other words, they say:
"We took your funds, and we will not return it to you until we want."
But what kind of investigation can be conducted by these anonyms for more than 9 days? Blockchain shows that I own funds for 5 years. The presence of many coins on my wallets indicates that private keys were not stolen. What else can they investigate? There is no doubt that they are just trying to find a way to leave this funds to themselves. I'm sure they just wait until we all shut up and everyone will forget about it.
Bitcointalk scam accusation topic: https://bitcointalk.org/index.php?topic=4647308.0

They still have not returned my funds. I remind you I sent all the photos they needed 12 days ago. They say that they are conducting an investigation... in the time when blockchain shows that I own funds for 5 years. The presence of many coins on my wallets indicates that private keys were not stolen.
​

They returned my coins on 2018-10-13(after 3 months of illegal holding and 2.5 months of absolute ignore for all my emails).

In recent weeks, nothing new has been happened for ChangeNOW. Everything was absolutely the same as in recent months. My helpers distributed links to my topics and informed people about the situation.

The only thing that was added was that in recent weeks, Changelly, Atomic Wallet and Guarda began to be together with the ChangeNOW in most of messages. Also, many of you have seen the red banner dedicated to Changelly.

I am sure that this St. Petersburg group analyzed the situation and was frightened that if the shadow falls on all their services, they will lose much more than 100 BCH. And only because of this fear, they decided to return the money to me and change KYC-Refund policy (perhaps temporarily... until "Europol's" directions). I am sure of it so much that I can bet 100 BCH.So do not be idiots and do not think that they have corrected and decided to be honest. They are just pathetic cowards who were afraid of losing more than they stole from me.

My conclusion: All of these services are scammers and I believe that such people have no place in the crypto world, they disgrace it and lower the trust of cryptocurrency. Do not work with them or support them.

How to buy Bitcoin on Binance exchange with a credit card. The first easy step is to register with Binance exchange ; Fill all the details, your email, password, and signup for Binance exchange. The second step is to access the Binance exchange credit card page; Go to the “Funds” section of the Binance exchange toolbar and select the “Buy by credit card” option. Select Bitcoin as the ... Countries Supported by Binance How to Buy Bitcoin on Binance Our Verdict on Binance. Fiat and cryptocurrencies supported by Binance . Until 2019, Binance dealt in cryptos only. Since then, it has added Euro and British pound pairs to its application programming interface. Uganda, Jersey, Singapore, and US users can also exchange fiat to crypto ... To buy bitcoin (or any other cryptocurrency) in South Africa on the Binance platform, you will have to deposit Rand (ZAR). You can make this deposit through bank transfer (EFT). Binance requires that you make deposits from a bank account in your name. Binance had placed ads promoting Bitcoin as the next evolution of money at various bus shelter locations throughout London, and if you were one the first 70 people to tweet (using the aforementioned hashtag) a selfie taken at one of these locations, you could win Binance swag: Exchanges like Binance, and even custodial wallet services, will soon be subject to greater scrutiny. What is Ryuk? According to Crowdstrike, Ryuk is a form of ransomware unleashed upon the world by a Russia-based criminal group as part of the WIZARD SPIDER criminal enterprise. First seen in August 2018, Ryuk is similar to the earlier Hermes ... Binance is currently the only cryptocurrency exchange that releases futures of Bitcoin forks on the first day, just after the snapshot is taken.. Binance Features Ease of Use. Binance is built with goal of simplicity for both newbies and professional traders. Users are provided with the option to switch between either a basic or advanced view when trading. For Bitcoin - 0.0001 BTC (Roughly €0.50), for USDT & 1 USDT, 50% off if trading in CET : Maker @ 0.1% & Taker @ 0.1%: $10,000 Daily withdrawal limit or $1,000,000 monthly for basic verified accounts: Anonymous for trading, For Basic account verification, users must provide a valid ID and selfie image: Unavailable. Visit Now > It's Centralized Exchange (CEX) - Basefex: CryptoCoins: Australia ... Hầu hết những ảnh selfie đăng trong nhóm được tiết lộ là ngày 24/02/2018 và theo thông báo trên blog của binance có khoảng 10.000 ảnh bị rò rỉ và yêu cầu Binance chi trả 300 BTC cho vụ này. Binance là một trong những nền tảng tiền điện tử lớn nhất thế giới theo khối lượng. Link your Binance account or have one created automatically, and you are ready to get started. More features are in development, so make sure you check back with the Crypto section in your ADV account from time to time for more crypto-related goodies. As always, you are welcome to share your questions, ideas and other feedback via our support channels, chat and tickets. Thank you for using ADV ... Binance is a well-respected exchange on the Bitcoin Gold market and among cryptocurrency enthusiasts. Founded in 2017, the service managed to become one of the favorite exchanges of crypto users ...